It’s hard to believe that a decade ago explainer videos weren’t a “thing.”  But in 2012, this form of content marketing took off. Do you remember the Dollar Shave Club explainer video? It’s been seen nearly 27 million times.

What is an explainer video? Originally, they were simple animations that explained your product or service so that people could understand it and not have to read the text.

They were anywhere 60-90 seconds long and many startups in the business arena used them on their homepages. As time went on and they grew in popularity, more creative effort has gone into producing these videos and building the storytelling aspect so your target audience will remember the information in it. 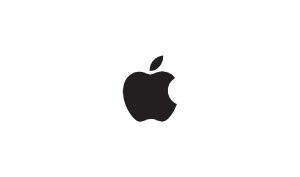 According to Cisco’s digital marketing statistics, in 2020, there will be almost a million minutes of video per second crossing the internet.

Explainer videos are powerful and popular. They’re often placed on a landing page, your website’s home page, or a prominent product page. The content is often presented in a light-hearted manner, and the voiceover that narrates the video, which can be up to 3 minutes long, is key in conveying the message around the product or service. Because explainer videos are now used across industries and around the globe, the style of narration has also expanded widely. Sometimes the tone is the classic laid-back, water-fountain, how-cool-is-this vibe, to a more professional-sounding, less casual but still personal voice over. Knowing the target audience– be it B2B, B2C or B2C-Suite, is critical so the voice over is tailored to the context. No matter who the consumers are, HubSpot Research found that video is the most preferred form of content and that people enjoy entertaining and informative video content most.

This content format has benefits in terms of lead generation and sales conversions, and studies have shown that a 2-minute explainer video is enough to convince someone that they should buy from your company. Explainer videos take many forms, 2D and 3D animation, whiteboard animation, live action and motion design, and by combining visual components along with the spoken word, you can convey more meaning and nuance than simply through text alone. You can create engaging advertisements while still honoring your brand’s core values.  What’s more, a homepage video can also help keep visitors on your page longer, which is great for SEO.  According to research by Forrester, having a homepage video increases your chances of being on page one of Google by 53 times when compared to a plain text web page.

Debbie has voiced countless explainer videos both public facing and for internal use, in the form of how-to videos, sales enablement videos,  brand videos, social video ads and thought leadership videos, where through explaining you’re also educating, and much more.