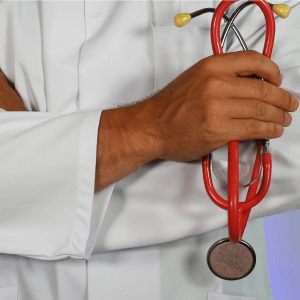 As the Medical Narrator, I’ve narrated medical device videos, such as this one, which was produced by James Archer of Anatomy Blue for St. Jude Medical. But, this video was never intended for the general public, so ask your doctor if this ad is right for you.

The health care industry spent $14 billion on advertising in 2014, according to Kantar Media, a jump of nearly 20 percent since 2011.

Everybody wants to control their brand and connect with consumers wherever they are. So even though the Federal Drug Administration mandates that manufacturers advertise their drugs only for the disease for which they received federal approval, and list all potential side effects and risks, marketers are speaking to patients or more accurately, potential customers regularly. If you stop to notice you’ll see it for yourself.

DOCTORS ARE NOT SO KEEN ON THE IDEA

The American Medical Association’s governing body is concerned that the benefits are outweighed by the risk of artificially inflating demand for new and expensive treatments, that might not be right for every patient with the advertised disease. Interestingly, only the United States and New Zealand allow direct health care product advertising to patients.

ASK YOUR DOCTOR — ABOUT THIS TOO

Unless this kind of advertising is banned, the trend will only increase. In fact, more players are coming into this space: medical device companies are getting into the act and investing billions of dollars to advertise.

“It seems that there has been a reawakening in this direct-to-patient opportunity, from the standpoint of patients seeking education,” said Eric Siebert, digital marketing vice president at Boston Scientific.

Meanwhile, the AMA has called for a ban on direct-to-consumer ads for drugs and implantable medical devices.

TO KNOW OR NOT TO KNOW

The more questions we bring to our health care providers, the more engaged we are in our care. Studies have shown that an involved patient is a healthier patient, and a healthier patient lowers healthcare costs overall. So would you rather be aware of the options available to you or rely on your physician? To help you answer that question, let’s go back to the Burst Spinal Cord Stimulation I mentioned earlier (which I narrated). Would you like to see a (shorter) version of the video? Maybe as an ad on TV if you suffered from chronic intractable low back and leg pain?