The last time I wrote this blog was for Mother’s Day, just a couple of weeks ago, and I wrote about mourning the figurative loss of my daughter to addiction.

While she is doing better, one day at a time, I’m now confronted with literal mourning, for my mother.

She didn’t want to die. She fought hard to the bitter end.

She had patients she was supposed to see that day.

She was a family therapist. She was 88. 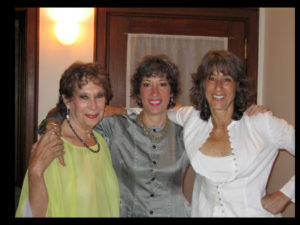 Mom, Me, and my Sister

Are We Ever Ready?

In the last few years I’ve taken an interest in reading about death and dying: Being Mortal, Atul Gawande’s most recent book and Letting Go, an article he wrote for The New Yorker; Final Gifts by hospice nurses Maggie Callanan and Patricia Kelley; Joan Didion’s, Magical Thinking; and Tuesdays with Morrie, by Mitch Albom, to name a few.

Understanding the issues and challenges of healthcare and end-of-life care is important, and these books changed my thinking about my own wishes if I have any say in the matter.

More people and providers are recognizing the benefits of hospice, more people are dying at home, and many healthcare organizations are facilitating the discussions between providers and patients that would help patients communicate their wishes for end-of-life care through advance directives.

Have You Ever Watched Someone You Love Die?

I did, along with my dad and three siblings. We were lucky to have 5 days with my mom in the ICU. Medicare spends nearly 30% of its $170 billion budget on beneficiaries in their last 6 months of life. And I understand why. When it’s your loved one, and you haven’t had a very detailed conversation, other than ‘do everything you can to keep me alive,’ you’re confronted with decisions that pull at your heartstrings and make you care not a whit for the cost.

Yes, she was dying, yes it was hopeless, and by day three my siblings and I understood that. I felt some comfort in being familiar with the push and pull between emotions and reason while experiencing them in real-time.

But our 94-year-old father held out hope, stayed by her side every minute, talked to her, begged for a glimmer of recognition, a blink, a raised brow.  It wasn’t until he was able to accept the reality — that in spite of her will to live, in spite of all the odds she overcame in her life, in spite of being a fighter to beat all fighters, pneumonia, and sepsis that had overtaken her body were clearly winning this battle — could we all in good conscience agree that the life support she was on was not prolonging her life, but merely prolonging her death. Two days later, when the scientist in him was able to see the signs of decomposition that signaled the end, dad agreed. 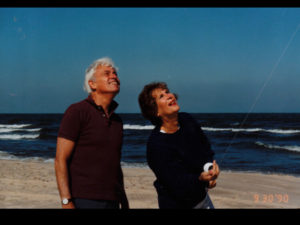 This came suddenly, and death is always a shock; so although she lived 88 years, she was still working and most definitely not ready to die. She treated thousands of patients in her 60+ year-long career, always believing in the importance of family and the power of resolution.

Then reality bites at you and wakes you up from the sleep state of daily unconsciousness that is ‘normal life.’ Death has a way of doing that. Putting everything into sharp relief. How I am grieving, and how anyone grieves is not up for discussion or judgment. Like mercury, you can’t fully grasp it, but instead, must follow its organic and ever-changing form.

After the funeral service, we sat shiva for two days. Over and over again I heard the story that mom went out of her way to welcome newcomers to their retirement community. She was the first to invite them to dinner, she engaged them in the elevator, and she made them feel at home.

Over and over again the staff — from housekeeping to waitstaff to administration, said that she touched them. Was kind to them, had their backs. One waitress, a woman from the Philippines, was almost fired because her English was difficult to understand, in spite of the fact that she was an excellent worker and had been there for many years. My mother started a petition and got all the residents of the retirement community to sign it saying they opposed such an act. My mom was an activist for civil rights back in the 50s and 60s. Thanks to her the waitress still has her job, because mom fought against the injustice of any kind.

Two friends of mine, who had been best friends themselves, but were estranged, came to the funeral service and were surprised to see each other there. Afterward, they spent four hours together beginning to repair their friendship.

Even in death, my mother was able to facilitate healing and mending of relationships. The coincidence is not lost on me.

Death happens to everyone, but like birth, you can’t appreciate the enormity until it happens to you. Clearly, my Higher Power wanted to remind me of that and the circle of life, as I became a grandmother two days before my mom died.

One life can never replace another, but I can carry on the best of my mother and hope that her love, compassion, and generosity trickle down through future generations to make this world a better place.

Not 24 hours after my mom passed, my son caught this photo of two rainbows in the Berkshire sky. One life fading as another… 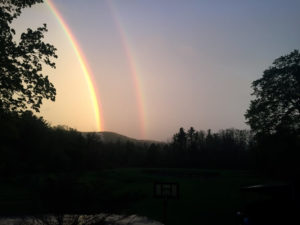