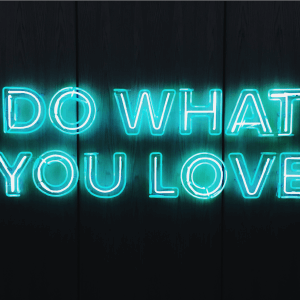 It seems like the whole world wants to do voiceover. When someone finds out that I actually do make a living doing voiceovers, they will inevitably say, “My friends tell me I have a great voice and I should become a voiceover artist. Can you tell me how to get into the business?” If I had a nickel for every time I heard that I could retire—but I wouldn’t because I love my work. What’s it like to be a voiceover actress? Let me share a couple of recent experiences.

A Sunday afternoon this past May, I was out of town in DC at my son’s graduation from college, and my cell phone rang. A guy I worked with 4 years ago was calling me. We hadn’t been in touch other than the occasional Facebook comment. As we spoke he mentioned that he had a Debbie Irwin Voiceovers pen in his hand—a “happy-happy” (my family’s term for a gift for no particular reason), I left with him as a ‘thanks-for-hiring me-please-don’t-forget-me’, branded gift. Clearly, the marketing worked, even years later!

He was producing an Awards ceremony for the FiFis—did I know what that was? I didn’t have a clue, but learned it’s the “Oscars of the International Fragrance Industry.” Ok! I was needed for a “live announce” job. That’s where you’re announcing at a live event (broadcast or not), rather than being pre-recorded for a commercial, audiobook, or voiceover project.

In the voiceover industry, there are few opportunities to work face-to-face, so I always jump at a chance to work in person, and to meet clients (as well as potential clients). After all, my voice is only one aspect of my business. What I offer is a positive, professional, and simple solution to their voiceover needs. I provide the voice for narrations, commercials, medical animations, explainer videos, audio tours, phone messaging systems, and more. But equally important is my interpretation of their script, my ability to wrap my mouth around complicated multisyllabic terms and have them roll off the tongue, my ability to edit and deliver files with ease. And, of course, my flexibility and enthusiasm toward the inevitable last-minute changes—all with a smile.

Things That Make it Easy to Love My Work

There was a flurry of emails, and finally, the decision was made to prerecord the “live” announcements, which I would do as soon as I arrived home after the 5-hour drive from DC to NYC. I began recording at 9 pm and sent them fully edited audio files by 11 pm. They also wanted me at the show the next evening, in case there were any changes that needed to be announced, which would have to be done live.

My task was to introduce the presenters—Jane Lynch (the host and known by many as Sue Sylvester from Glee), Chaka Khan, Nicole Richie, Martha Stewart, Mariska Hargitay, (Olivia Benson from Law and Order), and Tyson Chandler (Center for the NY Knicks), among others. The presenters then introduced the nominees in each category and announced the winners. (Justin Bieber won the celebrity scent for 2012, FYI!)

The event was awesome—Alice Tully Hall at Lincoln Center—the red carpet crowd was looking uber glamorous and I was quickly ushered up to the projectionist’s booth, where a flurry of tech activity was happening in preparation for the show. Turns out, there was a change to the script, so in addition to my having to announce (many times), “Ladies and Gentlemen, please take your seats. The show is about to begin!” I also had to introduce Martha Stewart when the time came.

There were some technical issues. The computer which ran the videos highlighting the nominees crashed, requiring the presenters to ad-lib for what felt like an eternity, and there was ear-piercing feedback from the microphone before one of my announcements, unfortunately, but that’s the nature of live entertainment! Overall the show was beautifully executed. Plus, I met some awesome production people while on the job and attended a fun after-party to boot. Through the exchange of business cards, I quietly spread the name “Debbie Irwin Voiceovers,” facilitating the possibility of future work. You can never have too many contacts.

Flashback to April 1st, 2012. 6:30 am. My phone rang (it was way too early for me to get up since I’d been up until 1:00 am working on administrative tasks) and although I heard it, I rolled over and went back to sleep. 7:30 am. My phone rang again. This time I fumbled to see the caller ID. Couldn’t identify it, as it was just a long string of numbers—no dashes or parenthesis to indicate an area code. It could have been a foreign number or a hoax. Tried to get back to sleep, unsuccessfully. I wondered who wanted to talk to me.

8 am. The phone rang a third time. There was a message. A deep, accented voice indicated that he was someone in Kuwait that I had auditioned for. He wanted to hire me for a corporate narration. Cool, I thought, I get to put another pin in my world map. Up out of bed and off to my computer I went…

With a database of over 2,600 business contacts and thousands of audio files—it’s unbelievably important to be a vigilant record-keeper. Between auditions, proposals, projects and day-to-day correspondence, it can be easy to lose track of details that might make or break a booking. Staying organized can be excruciating at times, but with the help of software programs like UpperLevel CRM and Freshbooks– and my part-time assistants virtual and real,— I’ve been able to manage my data, although admittedly it’s a whole lot of work.

So when this call came in, I was prepared to search my archives for the exact audio file I had sent, the note I had included with my audition, and the project details he had provided way back when. Staying one step ahead of my business interactions is always important, firstly because being more informed facilitates a smoother conversation, but more importantly, because at the end of the day, everybody likes to be remembered.

The phone rang a fourth time, having had a half-cup of coffee and gotten the sleep out of my eyes, I was now prepared to greet him properly. We chatted and quickly began the discussion of details, the talking of terms, the dance of dollars. He was producing an internal marketing video for his client and they wanted the voice over to sound “professional/corporate/warm/intelligent” and they needed it delivered ASAP– same day kind of ASAP. This meant rearranging other projects I had scheduled in order to accommodate their request.

New client or old client, naturally you want to do all that you can. We agreed to terms and I proceeded to work on the project, providing multiple recordings with different versions of the copy (the script), changing the tone and tempo to give the client options to work with. Mr. Kuwait loved the recording. But we had to wait for final approval from his client….

No go. The client now wanted a “brighter/peppier/more enthusiastic” read—directions that would have been helpful to get before I began recording. To communicate what they meant, they sent me a sped-up version of the audio I sent them…. Imagine the sound of a recording being sped-up-to-the-point-of-high-pitched-unintelligible-cartoon-voices fast. That was a new one to me– getting direction in that format– but I told them I understood perfectly what they were after! After I sent the new recording, the client was happy and the project was a wrap.

Do I mind being a disembodied voice most of the time? Not at all. The job, which is voice acting, allows me to perform and that’s my passion. Is the work hard? “It’s simple but it’s not easy,” to quote a colleague and awesome talent, J.S. Gilbert. So many skills go into being a successful “VO” talent.

Even When It IS Work

You have to be able to act, be a strong cold reader (reading aloud fluidly that which you’ve never seen before), interpret text, take direction well, understand how to “work the mic,” understand proper breathing and understand timing, just to name a few. These days, most voice over artists have their own studio, which means they need to know how to edit all the audio they’re creating, which is a huge job unto itself. Outside of the recording booth, you’re running a business, like any other solo-entrepreneur. You’ve got to handle sales, marketing, client relationships, your website, social media, analytics, billing, accounting and so on.

I’m reminded of the years I spent as a stockbroker on Wall Street. Young brokers had the impression that it was a job where you could get rich quick. Sadly, it wasn’t true then and it’s not true now. Ironically, my work as a broker (the process of building a business, and a strong client base of people who know me, trust me and like working with me) prepared me well for my voiceover career.

Nevertheless, so many people toy with the idea of ‘doing voiceovers’. I fully support anyone following their dreams– lord knows, I’m living mine; I just didn’t know it was going to look like this. But as with any dream, the only way to make it a reality is through hours, days, weeks, months, and years, yes years, of hard work. Perhaps it does seem easy to the outside world– all we are doing is talking and that’s what we all do anyway, right?
Yes and no.

Are you fortunate enough to love your work? Please share your story!